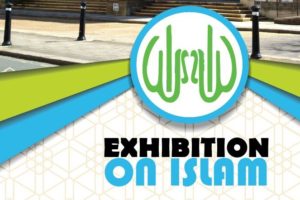 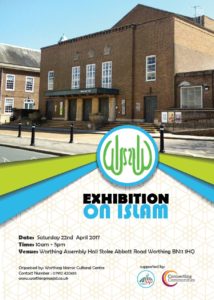 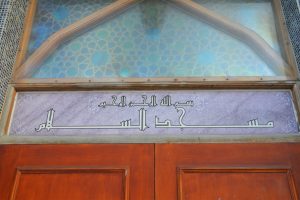 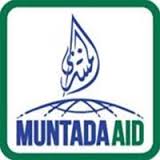 6 years ago approximately 260,000 people died from famine in Somalia because people did not act quickly enough.

Half of them were children under the age of five. It was the worst famine in 25 years.

Now as you read this page, it’s happening again, people are starving to death.

East Africa is being hit with an unprecedented crisis affecting over 11 million people just in South Sudan and Somalia.

South Sudan is already in a state of Famine and the UN have warned there is only a two-month window to prevent a famine in Somalia.

How are we responding?

Muntada  Aid has always been a charity that has specialised in Africa.

We are currently mobilising our teams in both Somalia and South Sudan to deliver emergency food packs and water, targeting some of those most affected by the famine. These food packs will contain essential staple food items that are high in nutrients and will allow families to survive through this crisis. As well as that we will be delivering water tankers and water drums to families. This will prevent dependency on dirty water that is causing many of the deaths, due to water born diseases. 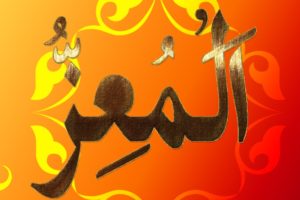 Seaford Islamic Association is coming to Worthing Masjid on Friday 31st March 2017 to do a cash collection. They are in the process of purchasing a building to turn into a Masjid. 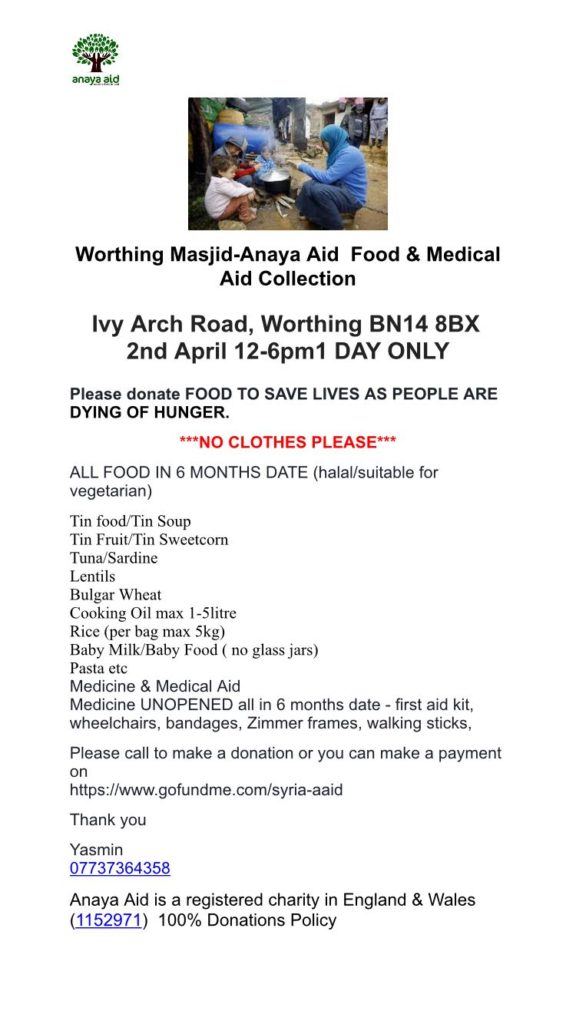 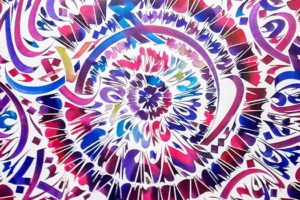 Imam Idris will be giving a talk to sisters only on 26th March 2017 starting at 1:30pm on the subject of “Fiqhul Baatin”

Fiqhul Baatin is the science that teaches us how to fulfil the commands related to the heart as well as stay away from the sins of the heart.

Muslim Outreach is a registered charity striving to: – Convey the true message of Islam and empower Muslims to do the same – Support New Muslims in their education and social well being – Encourage the Muslim community to adhere to the basic principles and teachings of Islam.

Worthing
Get these timings on: